DRNK AR: The new Asia-targeted alcohol application that uses a platform to convey product information while being powered by Augmented Reality, bring wine, beer and spirits bottle labels to life. 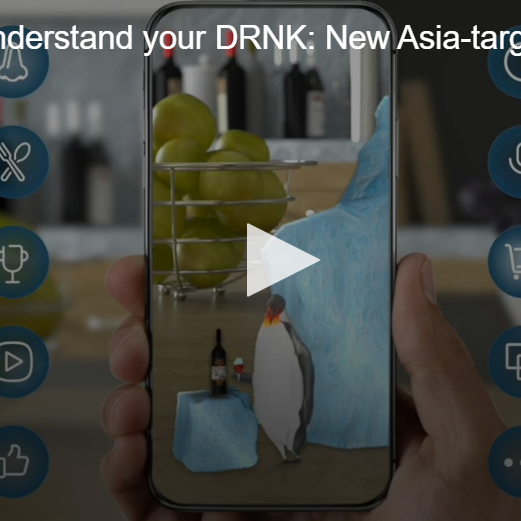 A new application targeted at providing a platform to convey alcoholic drink information and analytics for users will be powered by Augmented Reality (AR), bringing the content to life via a unique animated presentation format.

“On the B2B end,brands, producers, distributors, merchants and the like will be able to utilise this platform to provide more information about their products and curate content accordingly, and provide something really different for all users,”​Lukasz Piotrowski, CEO and Founder of Omniaz, the developer behind the DRNKapp, told Food Navigator Asia.

“We saw that many alcohol brands were already utilising AR to run their campaigns, but so far[there is no application on the market] like DRNK that has the whole product spectrum like ours, which is today 500,000 product labels in our database.”

DRNK will officially be launched in October this year in Singapore, followed by Malaysia, Thailand,Philippines and Indonesia before moving further north in Asia to countries such as Korea, Japan and China.

An example of a brand using the DRNK app is wine firm PengWine, for which Piotrowski and his team developed tailored AR experiences for eight of the company’s alcohol variants for use during the Formula One showcase in Singapore.

“The app can be used by producers to collect information on bottle location (consumer purchasingbehaviour), engagements and more, [so as to tailor strategies],”​ he added.

Watch the demonstration of how DRNK is used to provide an AR experience using PengWine as an example, as well as to find out more about the app, in the video.